Children losing their first tooth is an exciting stage in life. They often run to you as soon as their tooth falls out asking if the Tooth Fairy will visit them at night. Most children know about the Tooth Fairy, but many people don’t know where or when this tradition started. The concept surrounding lost baby teeth has been around for centuries. Below we have shared common historical traditions that have helped evolve the Tooth Fairy into the tradition that it is today. 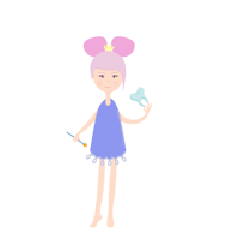 Did you know these facts about the Tooth Fairy? Now when your child asks where the tooth fairy came from, you have answers. Don’t forget to schedule a dental exam and cleaning as soon as your children’s teeth start developing. Please contact Whittington Pediatric Dentistry of Flower Mound today to schedule an appointment!

A Healthy Diet For Your Child | Pediatric Dentist in Flower Mound
October 15, 2022

You can find out more about which cookies we are using or switch them off in settings.

This website uses cookies so that we can provide you with the best user experience possible. Cookie information is stored in your browser and performs functions such as recognising you when you return to our website and helping our team to understand which sections of the website you find most interesting and useful.

Strictly Necessary Cookie should be enabled at all times so that we can save your preferences for cookie settings.

If you disable this cookie, we will not be able to save your preferences. This means that every time you visit this website you will need to enable or disable cookies again.